The wonderful site of the Ancient Greek Agora & its temple, Theseum are located right in the center of Athens, northwest of the Acropolis. 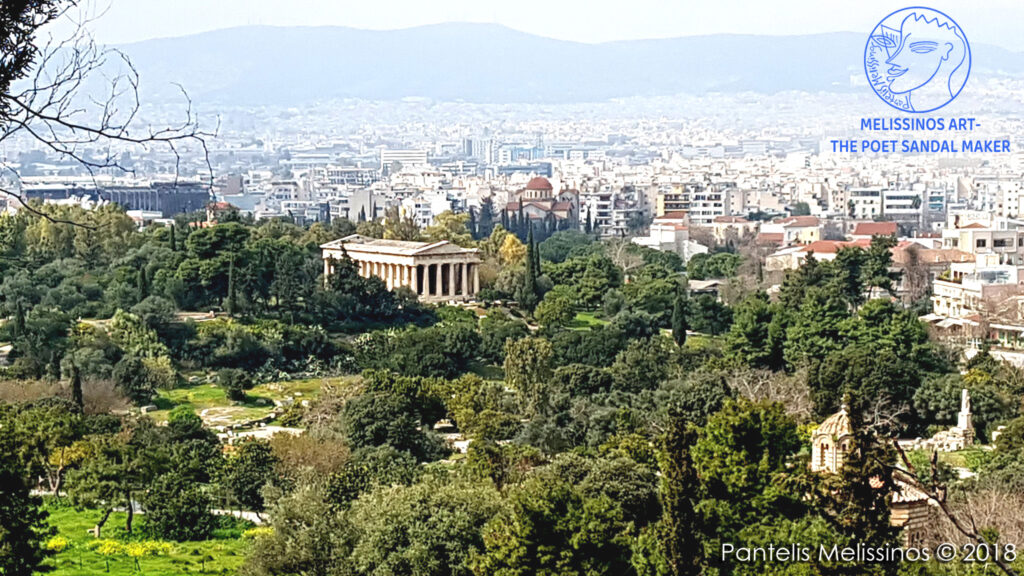 The Agora was the commercial, political, administrative, religious, cultural and social hub of ancient Athens. Areopagus the seat of justice was also there.

The temple, in the ancient agora, was dedicated to Hephaestus and Athena,  patron gods of arts & crafts.

The temple has been known, since the middle ages as Theseum, due to its sculptures, depicting the exploits of the legendary hero and early king of Athens, Theseus and the false assumption that the ancient king was buried there.

Stavros Melissinos and a fashion model, in his old sandal workshop, in the…